Drug Use Leads to HIV 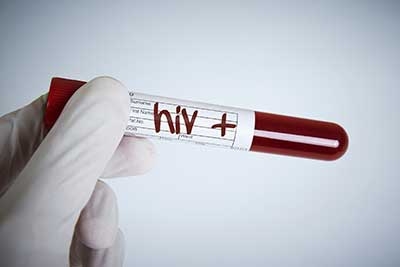 As of April 17, 2015, Indiana is reporting that 130 people have been infected with HIV as a result of intravenous drug use.

Health experts say that 100% of the recently diagnosed people were infected by sharing needles to inject themselves with Opana. Opana is a powerful opioid prescription pain medication. You may have heard of other similar prescription opioid drugs like Vicodin and OxyContin.

According to the Center for AIDS Prevention Studies at the University of California, people who inject drugs often know the risks of sharing needles. But it’s not as easy as you may think to get clean needles and syringes.

And ultimately, when someone is addicted, they have intense urges to use drugs. Their need to use drugs becomes greater than their concern about the dangers of sharing needles.

It is estimated that doctors wrote 259 million prescriptions for these drugs in 2012, enough for every American adult to have their own bottle of pills. Many of these pills get shared or are stolen and used by others to get high. And with this increase in supply there is an increase in the number of people becoming addicted. Some of those who become addicted start using syringes and needles to inject themselves with the drugs—and this creates a huge risk for the spread of HIV.

Needles are not the only link between drug use and HIV. April is Sexually Transmitted Disease (STD) Awareness Month—so take some time to read up on the dangers of diseases that can be transmitted in bodily fluids.

You may read this and think “not my problem.” But problems like drug addiction and the spread of HIV are problems that affect entire communities, using tax dollars and other resources that communities need for other things, like new roads, better hospitals, and schools.

Tell us in the comments: Does this make you think any differently about the risks of abusing prescription pain medications?